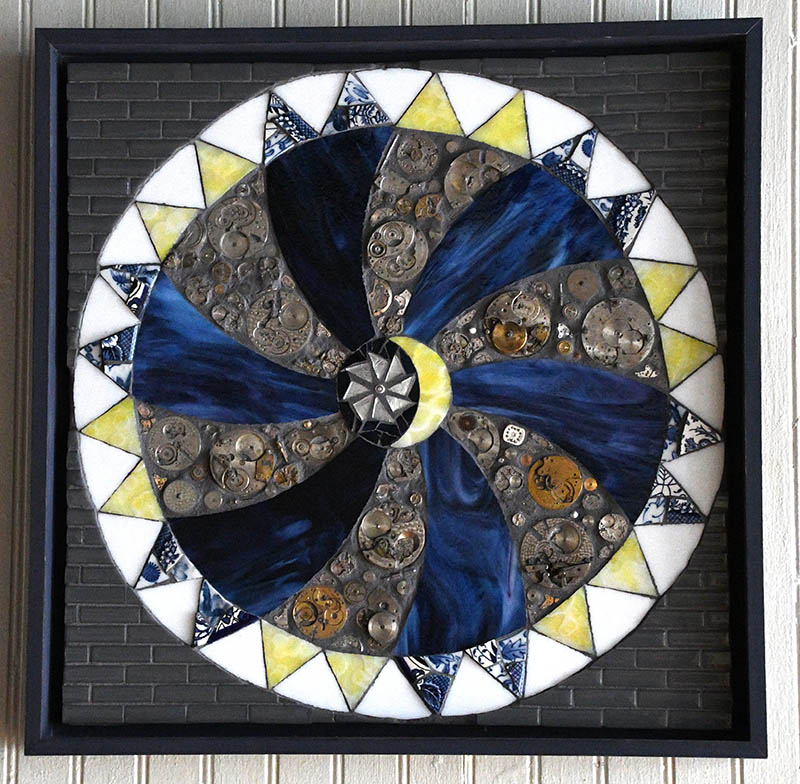 < Back To All Events
+ Google Calendar+ Add to iCalendar

An event every week that begins at 9:30 am on Thursday, Friday and Saturday, repeating until July 31, 2020

The exhibit “Signs and Shibboleths” was inspired by the book “Hidden in Plain View – A Secret Story of Quilts and the Underground Railroad” by Jacqueline L. Tobin and Raymond C. Dobard, PhD.  This book chronicles Tobin and Dobard’s quest to understand how quilts may have been used to assist people fleeing slavery.  As importantly, the authors connect this coded narrative to the African artistic traditions they brought with them to America.

This research took hold when Tobin was befriended by an African-American quilter in a market in Charleston, SC, Mrs. Ozella McDaniel Williams.  After several visits, Ozella told her to “write this down” and entrusted Tobin with the long-guarded mnemonic that was used to explain and remember the quilt code.

“The monkey wrench turns the wagon wheel toward Canada on a bear’s paw trail to the crossroads.  Once they got to the crossroads, they dug a log cabin on the ground.  Shoofly told them to dress up in cotton and satin bow ties and go to the cathedral church, get married and exchange double wedding rings.  Flying geese stay on the drunkard’s path and follow the stars.”

The underlined words represent the patterns thought to have been used as a signal or instruction for those headed North on the Underground Railroad.

“When the exhibit “Signs and Shibboleth” was imagined, created and finally put on display, none of us imagined how the world would shift or the pace of that change,” says Janet Chalker, mosaic artist and guest curator of the exhibit.  “We had become resigned to the reality that in the midst of a pandemic, the show was going to be mostly unseen, not unlike the story of the quilt patterns it tries to tell.  Then George Floyd was killed and what had been simmering below the surface and unrecognized or ignored in our corporate life was tragically and repeatedly laid bare.  So, we offer this as part of the conversation that has been reinvigorated.”

A group of local artists and artisans, working in a variety of media, have come together to embody this story of audacity and ingenuity.  Each of the artist’s work hints at the possible meaning of the block pattern, while also giving testament to the courage, intellect and resourcefulness of those who left and those who stayed to help.  It is also intentional that this project has been done by a community of creative folks – since it took a community to reach freedom.   The artists and artisans featured are Allyson Turner, Dotti Stone, Caroline Renard, Patty Malanga, Nancy Laurent, Shelley Koopmann, Sharon Kessler, Dick Hendrix, Revelle Hamilton, Donna Gallucci, Patrick Ellis, Pat Dougherty, Janet Chalker, Mitchell Bond, Linda Black, and Des Black.

While this exhibit highlights a particular journey at a particular time in American history, the story of being displaced, forgotten, abused, enslaved or simply lost, is a common, ageless human story.   The path toward freedom is a universal human quest taken both alone and together.

Signs and Shibboleths will be on view at Goose Creek Studio through July 31 and may be viewed online at www.goosecreekstudio.com/blog.